If you want to have much more fun than this and you live anywhere in Germany (or even Holland), look out for this poster. It’ll mean that Earl is performing somewhere near you very soon! 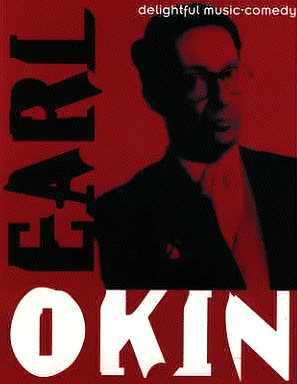 Earl is on the cusp of working with a new German agent.

Well, I performed once more at the Koeln Comedy Festival. 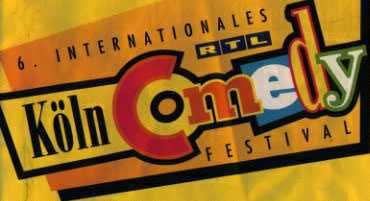 This takes place in the beautiful city of Koeln, of-course (that’s Cologne to foreigners). Famous for its smell (What!? Never hear of Odour Cologne? Alright, please yourself), this is what it looks like at night from the river…when it hasn’t flooded, anyway… 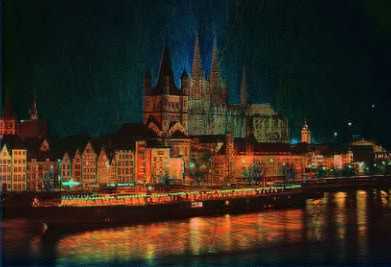 This time not only did I perform at the final Galas in Koeln itself but also, a new innovation…The Koeln Comedy Festival completely at sea!

Yes, while comedians were being violently sea-sick, they had to entertain lots of happy Germans (equally sea-sick) on their favourite luxury-cruise ship, the AIDA.

I’d like to introduce you to just SOME of the incredible acts alongside whom I’ve had the pleasure to perform. They’re all performing regularly at Variety Houses and theatres all over Germany right now… 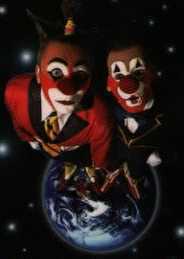 These two amazing young clowns come from the rigorous circus disciplines of old Soviet times, but on to this they’ve grafted a very modern Western imagination. They actually come from the Ukraine, originally. The two pieces they performed when I was so impressed by them varied from a disco ‘dance-track’ to a more traditional piece based on one or them becoming a motionless puppet and the other manipulating this ‘inanimate’ mannequin.

The variations on these simple things show such imagination and skill that you don’t know whether to admire the skill or the comedy first. Forget circus clowns as you may know them in British circuses. These people are clown-geniuses!