From 1850 there were born two or three generations of opera singers so high in quality that we often refer to the period 1870-1920 as The Golden Era. Not only were there thousands of singers at hundreds of opera houses all over Europe, so that to emerge as the best, you really had to have something special, but this was the time when singers had to have the vocal talent sufficient to tackle both the old Bel Canto school of opera and also the newly emerging Verismo school of composers lke Puccini and Mascagni. This was also the era of Wagner’s Music-Drama and national schools of operas from France, Russia etc…

No wonder their singing has not been equalled since.

Luckily, the Phonograph and then the Gramophone arrived in the late 19th century, just in time to catch these great singers so that following generations could enjoy and learn from their artistry.

In the other gallery-pages here, I’ve shown pictures of a variety of great singers from various cultural backgrounds of whom you probably have records but have maybe never seen.

Below, however, are some pictures of the legends whose voices have been lost, for they were never recorded… 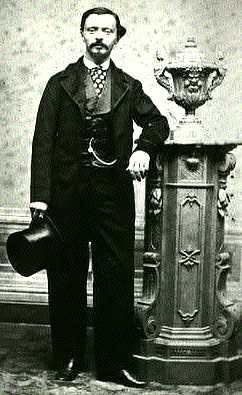 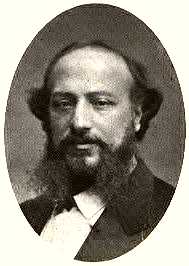 ENRICO TAMBERLICK (1820-1889) who created Don Alvaro in Verdi’s LA FORZA DEL DESTINO was one of the first tenors to glory in ‘top C’s’.

One of the most renowned 19th century singers, the Italian contralto, MARIETTA ALBONI (1823-1894).

French mezzo-soprano, PAULINE VIARDOT-GARCIA (1821-1910), part of the legendary Garcia family who did so much to establish the rules of bel-canto singing.

The beautiful American soprano MINNIE HAUK (1851-1929) as Marguerite in FAUST. 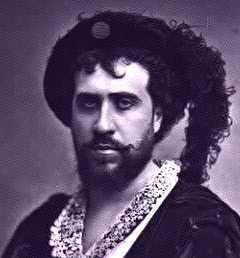 JEAN-BAPTISTE FAURÉ (1830-1914), French baritone, in the title role of Thomas’ HAMLET, which he created. Although not to be confused with the composer Fauré, he also composed songs.

A mature picture of the legendary Swedish Nightingale,

Other pictures may be added to this gallery, so do come back from time to time. now, to see pictures of singers who DID record, go back to the main gramophone page and click on the various singer-nationality links…