Here is a photo-gallery of the greatest of Opera singers from Russia, Poland and other countries in Eastern Europe.

(NB. This page is full of pictures and may take some time to load). 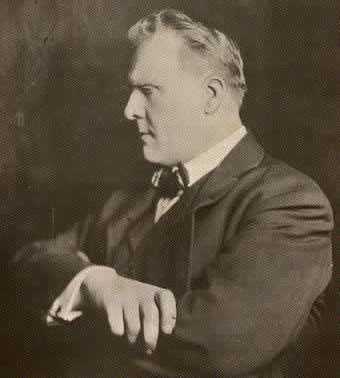 He was born in poverty in Kazan but, gifted in equal proportion as singer and actor, rose to international fame in a career that lasted undimmed for over 40 years. He recorded first on cylinder around 1900 ( a super-rarity) and continued to record prolifically for HMV and Victor until 1937.

Here as a young man in 1902, around the time he first recorded for the Gramophone.

Here, around the same time, wrapped up for Russian weather… 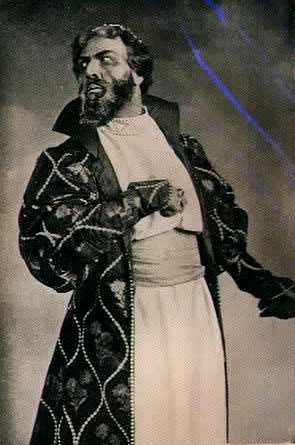 …here in the role of DON QUICHOTTE that he created for its composer, Massenet in 1910…

…and here recording for HMV and listening back to results in London in 1913.

Bt way of contrast, here’s a picture of a similar situation where both the sound-box and Chaliapin’s reaction to the music are both a wee bit over the top!

This one seems a little more natural!

Finally, here’s an early and revealing colour cartoon of the young Chaliapin as concert-artist.

Chaliapin was a one-off phenomenon and no opera-collector should be without some examples of his work. Almost alone among singers, his voice seems just as fine at the end of his career as at the beginning. Some of his electrics capture what must have been an awesome vocal and artistic presence.

JEAN DE RESZKE (1850-1935) was one of the great tenor stars of the 1890s and always Melba’s favourite. He may have been associated with various world-famous opera houses, but, like his brother and sister, was born and first studied in Warsaw. Although the quality of his voice has been doubted, (his success was reputedly due to style rather than vocal prowess), he certainly sang all sorts of roles including those of Wagner in German and OTELLO. He was not happy with his 1905 Fonotipias (after retirement and had the masters destroyed, though rumours of existence still abound. However, a faint record of his voice is available through some Mapleson cylinders.

Jean’s younger brother, the bass ÉDOUARD DE RESZKE (1853-1917), shared in many of his triumphs. Here seen out of costume and as Mephistopheles, he was one of the artists involved in the first USA Grand Opera series of records published by Columbia in 1903, sounding very much a French-school singer.

JOSÉPHINE DE RESZKE (1855-1891), died young before the chance of recording and in any case had retired by 1885 upon her marriage. However, I’ve included her picture here as part of the family group.

Speaking of which, here’s a picture of the two brothers together, looking very much typical opera-stars of the late Victorian period..

The Ukrainian bass, ALEXANDER KIPNIS (1891-1978) had a repertoire covering both the German and Russian operatic repertoires as well as being an accomplished singer of lieder.

JOAKHIM TARTAKOV (1860-1923) was an accomplished baritone who sang both Russian and Italian roles. He recorded several times for HMV before 1910.

The fine Jewish-Rumanian soprano ALMA GLUCK (née Reba Fiersohn 1884-1938) studied with Jean De Reszke and Marcella Sembrich. However, after a few seasons of opera at The Metropolitan, she left to specialize in the concert platform. She was one of the most successful early recording artists for Victor often in musical trifles. Her best operatic records, however, bear comparison with anybody and, of-course, it was she who recorded the LA TRAVIATA Brindisi alongside Caruso in 1914. She was married to the fine violinist Efrem Zimbalist, who often accompanied her on record.

NINA KOSHETZ (1894-1965) was a remarkable soprano. A pupil of the great Félia Litvinne, something about her interpretation and phrasing have had her nicknamed the female Chaliapin which is high praise indeed, if nonetheless deserved. Her fine records were on various labels and are strangely difficult to obtain.

The soprano MARIA KOUZNETSOVA (1880-1966) had, as they say, all the good fairies at her birth for she possessed beauty, a fine voice and talent for dance as well as acting. She made some rarish records in pre-Revolutionary Russia which are fascinating. She also created Fevronia in Rimsky-Korsakov’s INVISIBLE CITY OF KITEZH in 1907.

FÉLIA LITVINNE (1860-1936), although living much of her life in Paris, was neverthess born and bred in Russia. One of the greatest artists on record, her range covered Russian, French and German repertoire and both the soprano and contralto repertoires. Her rare Fonotipias etc. leave posterity with a hint of what must have been a phenomenal talent. Among her pupils was Nina Koshetz.

MEDEA MEI-FIGNER (1859-1952) was born in Italy, starting out as a mezzo, but it was Russia, as this misleadingly modern-looking postcard of her as Carmen shows, where she made her reputation, creating Tchaikowsky’s Lisa in PIQUE DAME in 1890 and also his IOLANTA in 1892. She was married to the tenor Nikolai Figner. Her records, although beautiful, are extremely early and extremely rare, although they are now becoming available on CD. 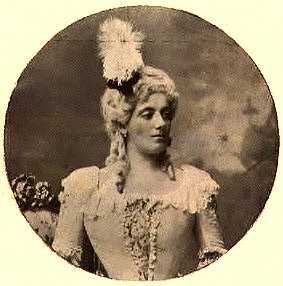 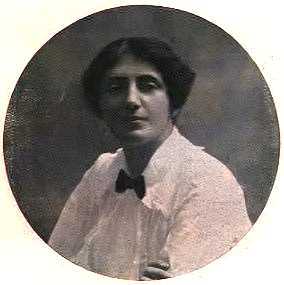 SALOMEA KRUSZELNICKA (1873-1952) was one of the great dramatic sopranos of her time. Her fame spread from Russia and Poland to Italy with the help of records on the Fonotipia and G&T labels. As late as the 1920s, she undetook a tour of the USA, recording some electric Columbias of Ukranian folksongs. None of her records, however, are easy to acquire in their original form.

NB Her surname was spelt in a variety of ways. 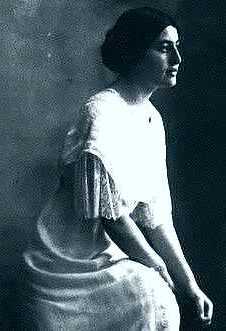 The great dramatic Jewish-Polish soprano ROSA RAISA (née Raisa Burchstein 1893-1963) was famous in the USA, though it was Italy that she finally called home, marrying the baritone Francesco Rimini. Hers was an imposing voice and an equally imposing stage presence. Recording for perhaps lesser labels such as Vocalian, I’m not sure that her records do her justice. She was, of-course the creator of Puccini’s TURANDOT. 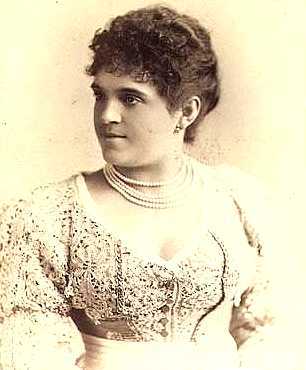 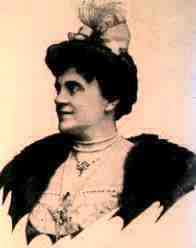 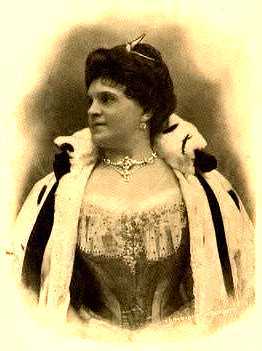 Sembrich at the height of her fame…

MARCELLA SEMBRICH (née Prakseda Kochanska 1858-1935) was born in Galicia and from 1880 onwards starred all over the operatic world in the coloratura repertoire, although she was equally talented on both piano and violin. Hers was indeed a prodigious talent. She recorded both Bettini and Mapleson cylinders before leaving a substantial legacy on Victor records, finally retiring from the operatic stage in 1909. She was also a fine singer of lieder continuing to give recitals until 1917 and taught, Alma Gluck being just one of her pupils. She was great friends with Emma Eames and recorded with her. 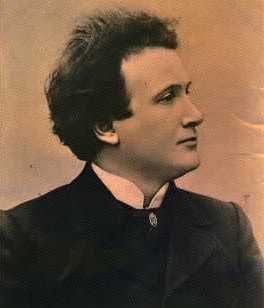 The Jewish-Russian ALEXANDER DAVIDOV (né Alexander Levinson 1872-1944), seen here both in and out of costume, was one of the most popular tenors in pre-Revolutionary Russia. Since the collapse of the USSR, his many records are becoming much easier to acquire. His range covered both the Russian and Italian repertoires. 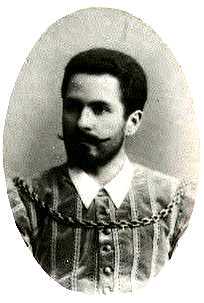 Here are three rare picture of Tchaikowsky’s favourite tenor, NIKOLAI FIGNER (1856-1918), the last as Raoul in Meyerbeer’s LES HUGUENOTS. He created Herman in Tchaikowsky’s PIQUE DAME (1890) among other important operas. He was featured on one or two of the first ever red-label G&Ts, though his voice seems to have been in decline by the turn of the century, despite only being in his 40s. As mentioned above with his wife, Medea Mei-Figner, his ultra-rare recordings can now be heard on CD re-issues.

The Jewish-Latvian tenor HERMANN JADLOWKER (1877-1953) reputedly had cantorial as well as operatic training, mainly in the German school. His was a manly, heroic tenor voice yet he had an astonishing coloratura technique, particularly well captured on record in the Mozart aria from IDOMENEO, Fuor Del Mar.

Here he is as Manrico in Verdi’s IL TROVATORE.

The Polish tenor JAN KIEPURA (1902-1966) had a career that gave him success all over the opera world. He recorded often and his records are still easily found today. He also made films. He was very popular, especially in the 30s and 40s.

The legendary lyric-tenor LEONID SOBINOV (1872-1934), here seen in the roles of Faust and Lenski, enjoyed an internatrional reputation before the Revolution and his were perhaps the only records to rival Chaliapin’s sales in Russia during that period. Even his earliest, made in 1901, show a finished, sensitive artist.

DMITRI SMIRNOV (1882-1944), here as Faust, was the next Russian premier tenor after Sobinov and possessed more of a spinto edge to his voice enabling him to tackle a wider range of roles. On one occasion, he even had to stand in for an indisposed Caruso at short notice. He recorded prolifically even into the electric era and his records of Russian music show a typical Russian tenor of the very highest calibre both in vocal and interpretive skills. However, when he sang in Italian, you hardly realized he was Russian at all! This was a great artist indeed!

Here is Smirnov in Gounod’s Romeo & Juliet at the Bolshoi in 1915.

Last but very much not least, GERSHON SIROTA c.1873-1943, was perhaps the greatest rival that Enrico Caruso never had. Indeed, Caruso made it very clear that he was relieved not to have had this astounding tenor as a rival. This great Cantor had a voice as dark and beautiful as Caruso’s, was probably bigger (he was compared to Tamagno as well as to Caruso), with an amazing coloratura techniqueas well as a much more reliable Top C. He did record a few early Zonophones under the name Sirotini around 1906 and, long after Caruso’s death, when his reputation as a Cantor was well-established, one or two more operatics recorded electrically. His was a heroic voice, only lacking the incomparable velvet mixed in with Caruso’s unique voice. Had his training been operatic instead of Cantorial, who knows what he could have achieved. In the end, though, after awonderful international career, he died tragically in Poland with his children, during the Nazi pogrom in Poland, his last singing being offered from house to house in return for food.